Hi and Welcome to Rogers Surfboard Reviews. Today we are talking about the Hayden Shapes – Untitled in his patterned Futureflex construction. Its 6’1×20 ⅜ x 2 11/16 coming in at 36.15L which is a touch higher than what the website says it is. But I have noticed that sometimes Hayden Shapes boards vary in volume. The Futureflex technology is an epoxy construction using a EPS blank with carbon fibre wrapped round the rails then a biaxial cloth and epoxy resin to give its strength and flex. I will admit there are mixed reviews out there as to how strong it is, so far I have not had any issues with it but I will say after only a dozen surfs it has developed footwells and hand indents from duck diving and standing up, otherwise it’s perfectly fine. 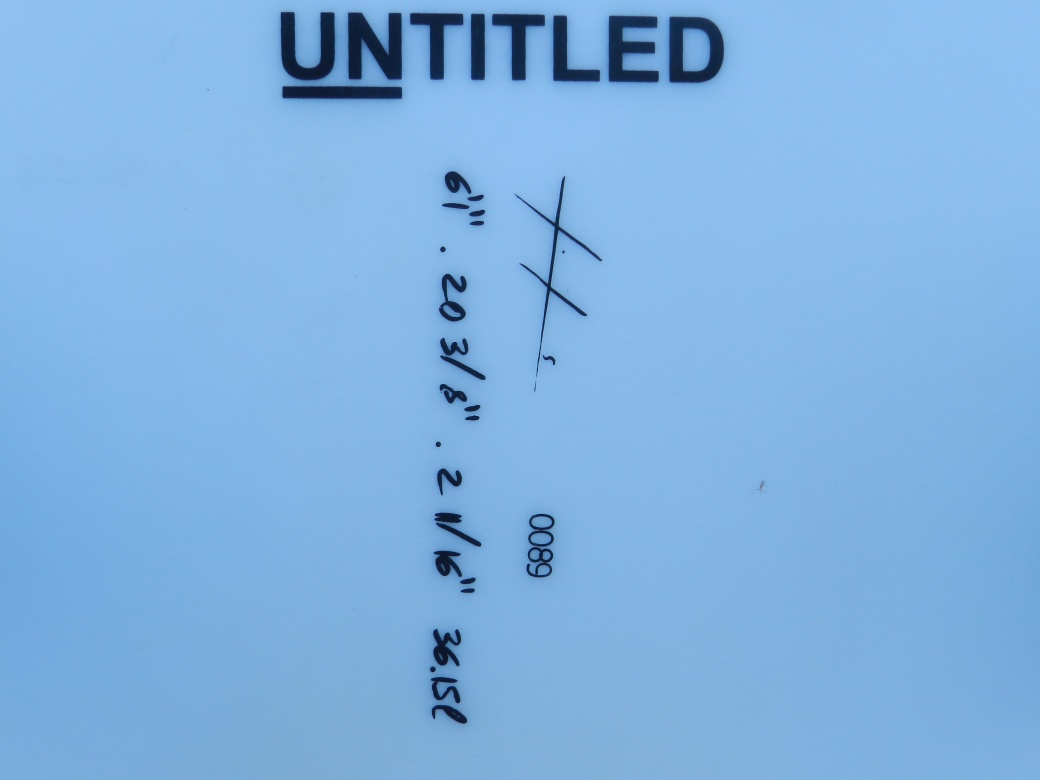 The untitled is a rather interesting board it has a medium entry rocker with a fairly flat centre that transitions into a lot of tail rocker. The concave is fairly deep single that moves into a double concave through the fins with a ‘V’ behind the centre fin giving lots of lift while still  allowing it to go on rail with ease. The deep single Hayden says is to help the board get speed quickly in smaller waves or plane along the rails in large waves it is also the deepest concave I have seen on any of his boards. The flyers create a place to release water coupled with the pronounced tail rocker makes for a fast and lively board in most conditions. While it still does have a fairly full outline it certainly doesn’t feel like that in the surf. I’ve been pretty lucky and haven’t really tried in the lower wave spectrum as we’ve pretty much had non stop waves for the past few months even the 1-2ft days have still had some punch to them. One thing I will say is this board does do everything Hayden claims it to do.

It’s easy to paddle into waves and around the line up, it picks up speed very quickly and turns with control and ease. I’ve even managed to punt a few airs with it. The Untitled has become my go to board when I can’t decide what I want to ride which adds a sense of ease about it. Knowing that if you take it out you’ll have a heap of fun. The full rails make it forgiving enough for the average day to day surfer yet the good about amount of tail rocker and pulled in nose allows a seasoned surfer to use it to its full potential. The Hayden Shapes website says this board suits 3-8ft which I could see possible as it has fairly pulled in tail and the swallow will add some hold, though in all honestly I would be reaching for a step up at around the 6 foot mark. I do think however as long as the wave has some push to it even it if it’s full and crumbly the Untitled will happily bring a smile to your face down as low as 2ft anything less and you’ll be reaching for a groveller anyway. 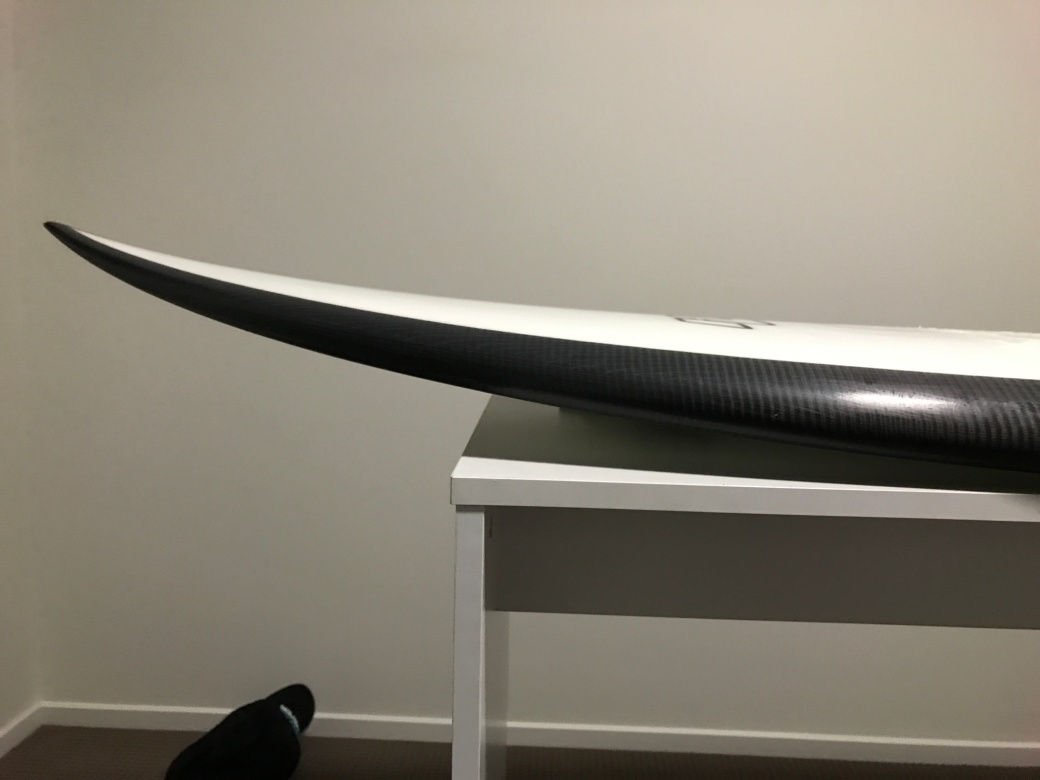 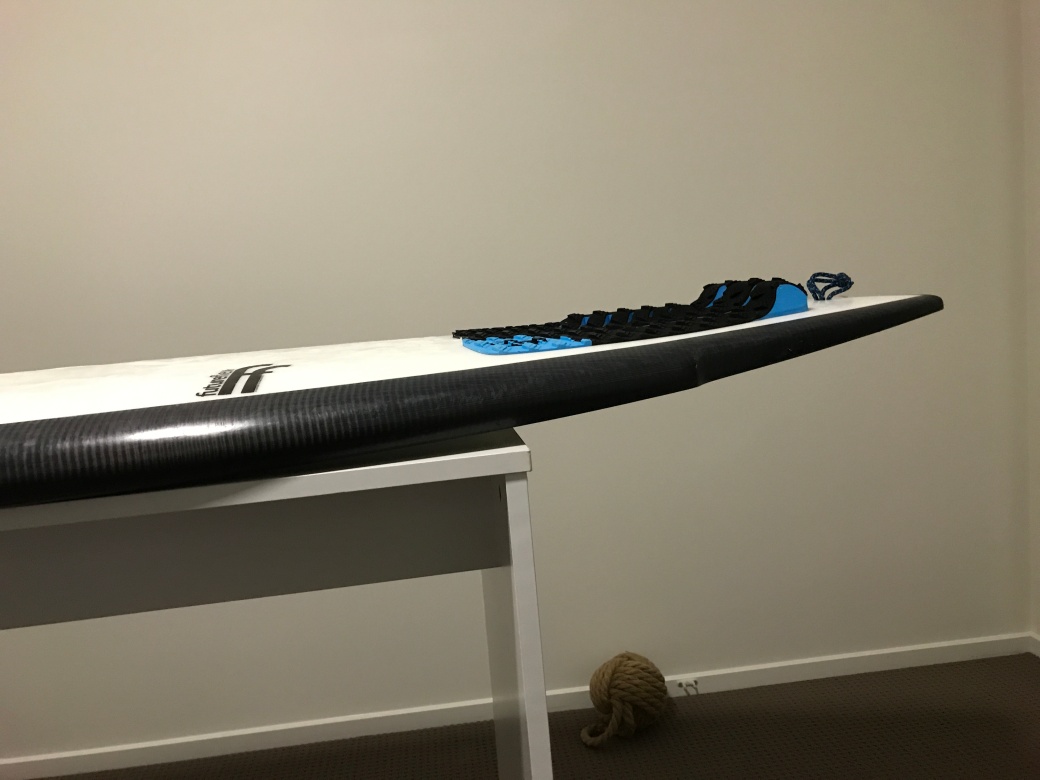 While the Futureflex is certainly showing signs of use a lot faster then my Firewires do, it is still seems strong and durable, it also seems to sit in the water closer to what a PU does. I also feel unlike the Hypto Krypto it is a lot more versatile and can be sized a touch higher and longer and still be usable as the pulled in nose is less likely to catch on steeper waves this coupled with the sensitive pulled in tail will allow you ride it touch bigger if wanted. It is also a board that could compliant the Hypto if you wanted something a touch more HP without feeling like you have to adjust to a whole new board everytime you switch between them. The Untitled is certainly an every day board that hides foam well creating a well balanced board that will work in a variety of conditions and for a variety of people.

I’ve only ridden it with Shapers Fins Carver L as this is the only board I have with Futures boxes and I decided to get an all round fin. The Carver L is a very similar template to the AM-2 with a wide base and thin raked back tip. So far it has worked really well in this board and suited beach breaks and points allowing for vertical surfing and nice carving turns.

Unlike to the Hypto Krypto the Untitled is fairly unknown board which is a pity as I think it will cover as a boarder range of waves. Hayden isn’t known for HP boards but user friendly ones this however seems to cover both bases well.

If you’ve ridden the Untitled please let me know your experiences below.

For the Fins I’m riding you can click here

The full size range is here:

One thought on “Hayden Shapes – Untitled”